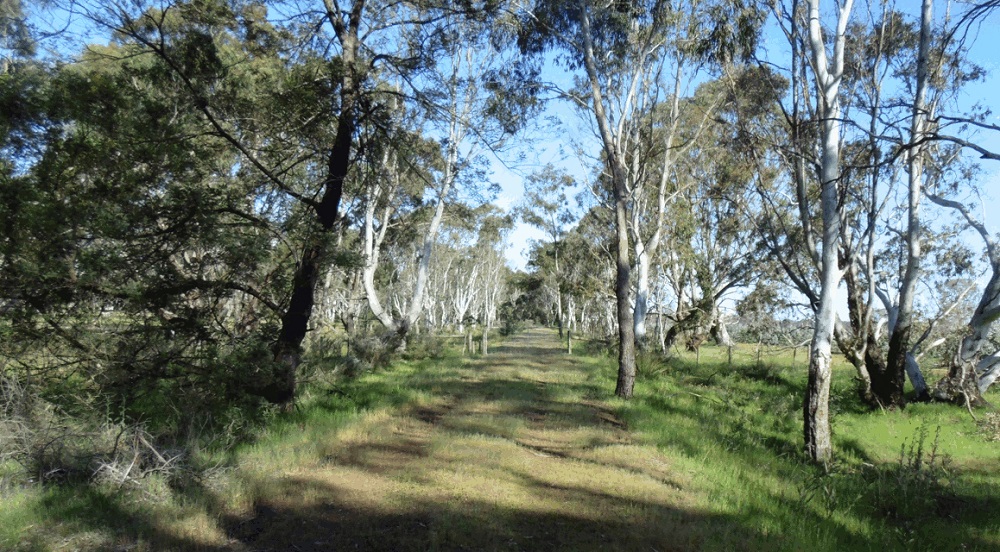 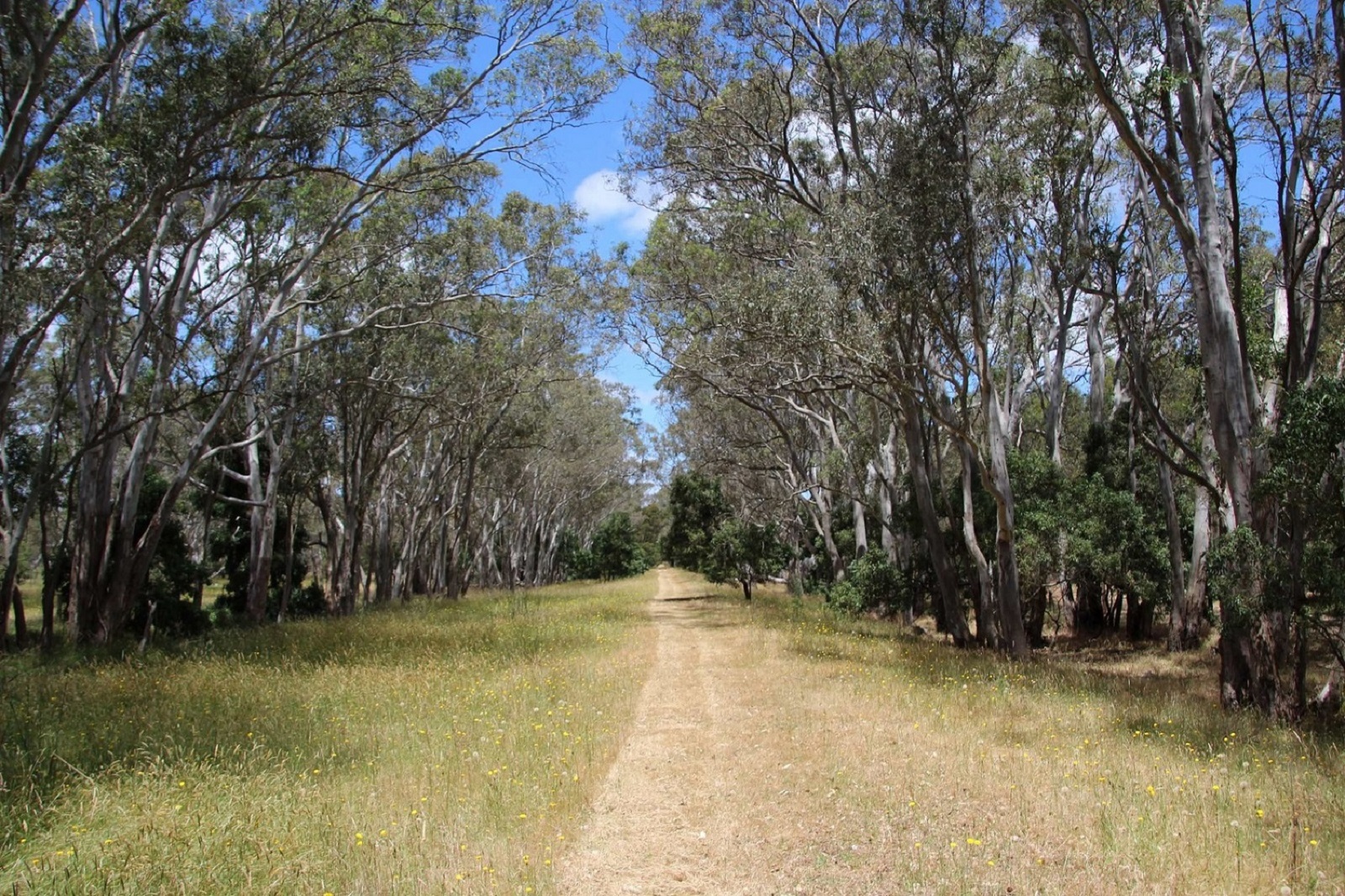 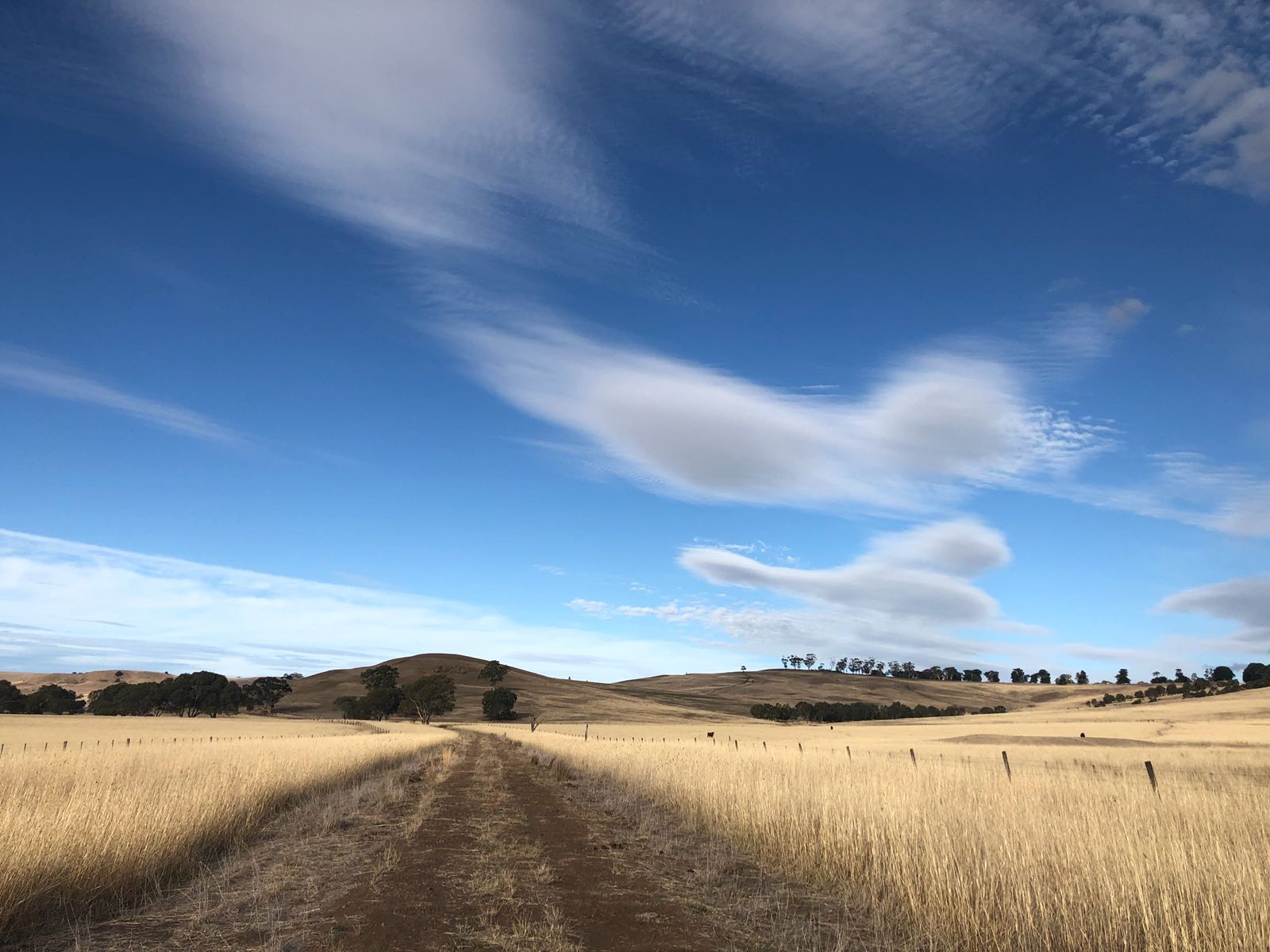 The entire 37km of the trail is a freely accessible (Public) walking & cycling Conservation Reserve. All Fauna & Flora is protected and to be respected, so, NO hunting! and please refrain from picking wildflowers. No motorised access is permitted unless by prior consent (e.g. Wheelchairs). For the benefit of all please take your litter with you, travel safely and we hope you enjoy your journey.

Construction of the line began in 1887 to serve the wool-growing area around Coleraine and Red Gum sleepercutting on the Dundas Tableland. The line opened on 20 Nov. 1888, but “only a coloured boy sitting on an equally coloured stump awaited the arrival of the train” at the official opening: the banquet also failed to arrive! Two trains ran daily from Hamilton (1 hr 20 min trip). The Wannon Falls became a favourite picnic destination for Hamilton residents. Features of the line include 15 bridges (3 major works) and several massive embankments and cuttings - some 26,000 cubic yards of earth was excavated on the rise west of the Wannon and 30,000 cubic yards west of Parkwood. Contractor Bloomfield was reported to have “gained more experience than profit” from the work. The massive engineering project appears to have been completed in little over one year, using horse power and manual labour. Such a feat wouild be extraordinary today.    The Public Transport Corporation closed the rail line in September 1977. The Department of Conservation, Forests and Lands (DCFL) conducted assessments in 1985 of conservation and recreational significance of disused railway reserves. In 1989, DCFL called for submissions on the future of the reserve – 81% of the 268 submissions supported retaining all the line in public ownership to protect remnant vegetation and provide habitat for native fauna. A Local Advisory Committee (LAC) of DCFL was formed in 1989 to further community consultation; 5 meetings of the LAC were held between 1989 and 1990, and one public meeting.    An interim document, Disused Railway Line Management Plan was produced by the Dept. of Conservation and Environment in 1991, defining 13 Management Units. This plan was to be reviewed 5 years after coming into force, to reflect changes in attitude and appropriateness of prescriptions. The Public Transport Corporation continued to administer the rail line until 1999 and approved the Wannon Conservation Society application to revegetate part of the line near Parkwood in 1996. The rail line was classified as crown land in 1999 after being surrendered by the Public Transport Corporation. In April 2000, the Hamilton-Coleraine rail line was gazetted as a Reserve for Conservation and Recreation Purposes and a Committee of Management appointed by the Minister for Environment & Conservation. The Explanatory Memorandum stated that “It was resolved that the former railway land would be reserved for conservation and recreation purposes but because the local community was divided on the future of the land, it would not be developed as a Rail Trail at this time”.